Romance In The Mountains: The Grove Park Inn Resort & Spa

Try a honeymoon destination that rocks — literally, that is! The Grove Park Inn Resort and Spa in Asheville, North Carolina, opened in 1913 by an extraordinary feat

Try a honeymoon destination that rocks — literally, that is! The Grove Park Inn Resort and Spa in Asheville, North Carolina, opened in 1913 by an extraordinary feat of hundreds of mules, wagons, pulleys and ropes moving granite stones—some of them weighing as much as 10,000 pounds. Today, couples can still enjoy this opulent resort on Sunshine Mountain where romance is swirled around history and complimented by contemporary amenities.

The resort’s Grand Romance Package is popular with perks like a six-foot oversized effervescent bath. The six new Themed Rooms are also getting a lot of attention. Drift back to the Jazz Age, with The Gatsby, or better yet, inquire about reserving room 441 that has the F. Scott Fitzgerald connection. For a pad that is sure to make Austin Powers happy, try The Swinging 60s. Yes, you guessed it—complete with shag carpeting. Yeah, baby. The historic Main Inn rooms have original or replica pieces from the Arts & Crafts Era and are very nostalgic and boast the best view of the Blue Ridge Mountains. 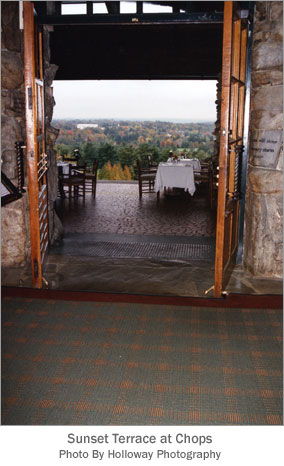 There is not a bad time of year to honeymoon at the resort, but when autumn’s palette “kicks it up a notch,” October is hard to beat. My husband and I entered our room, dropped the luggage, flung open the drapes and were amazed at why management bothered buying artwork. The most spellbinding décor is provided just beyond the room—compliments of Mother Nature.

For romantic dining without leaving the property, try the resort’s Chops and Horizons restaurants. Weather permitting, make reservations to dine on Sunset Terrace at Chops featuring outstanding steak and seafood. Also, put on your most elegant attire at least one night for the richly intimate atmosphere of Horizons. For casual dining, combined with breathtaking views, enjoy the Blue Ridge Dinning Room.

After dinner, step into the Great Hall and walk in the footsteps of legends of the past. Guests in the early years included William Jennings Bryan, Henry Ford, Thomas Edison, along with eight presidents. The Inn was dedicated to providing its guests with a relaxing refuge from the outside world, (a concept that is in step with the current philosophy). First, claim two rocking chairs in front of the massive fireplaces flanked on each end of the room. When the natural glow begins to dim—not to worry, a bellman is ready to step into the fourteen-foot fireplace to stoke the fading flames. Wait patiently for guests to diminish. Here, you can plan your entire future!

To take the edge off of months of pre-wedding stress, make a reservation at the resort’s 40,000 square foot, subterranean haven, The Spa. According to the annual “World’s Best” poll taken by Travel + Leisure magazine, it is the third straight year the facility has placed among the top 20 in the United States and Canada. For the ultimate in relaxation, try The Spa’s Couples Retreat that includes side-by-side massage followed by an aromatic bubble bath surrounded by candles and rose petals. Enjoy the sound of the two dramatic waterfalls that frame The Spa’s grotto pool area. Float away the hours in the lap pool while gazing at thousands of fiber optic stars in the rocks overhead. 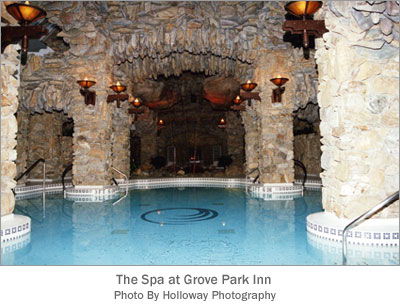 The next morning, discover Asheville’s stately icon, the Biltmore Estate. America’s largest home, the 250-room Biltmore House has welcomed guests since 1895 when George Vanderbilt opened his private residence to family on Christmas Eve. For the adventurous couple, try the Roof Top Tour where you can come face to face with the home’s Gargoyles. Check out the view from the west balcony, the site of numerous wedding proposals, and explore the intimate places in the 250 acres of gardens and grounds. A carriage ride through the forest and fields is a must. 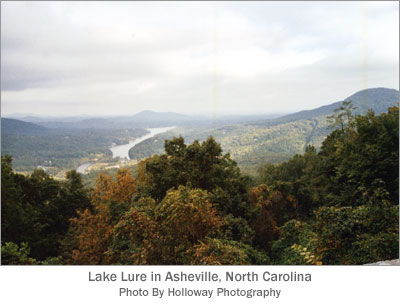 Take a hint from Hollywood and discover the romance of Asheville. Nearby Lake Lure is where Patrick Swayze and Jennifer Grey danced their way to stardom while making the 80s hit, Dirty Dancing. The Last of the Mohicans, was shot exclusively in the mountains around Asheville, including the magnificent waterfall scenes that were filmed in the Chimney Rock Park. Hike to the park’s Hickory Nut Falls that was made famous in the movie. While cruising along the Blue Ridge Parkway, stop by milepost 411.9 and view the real Cold Mountain in the distance. Cold Mountain became one of the most famous peaks in America after the book and film by the same name was released. 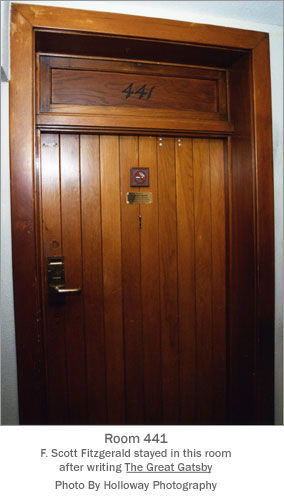 Before leaving the Grove Park Inn, board the elevators that are cleverly hidden in the chimneys of the massive Great Hall fireplaces. Original to the Main Inn, the elevators continue to transport guests today. If you did not reserve the infamous room number 441, at least stop on the 4th floor and walk by the room of the Inn’s most notable and sometimes notorious literary guest. It is here where F. Scott Fitzgerald resided after he rose to fame after the success of his great literary work, The Great Gatsby.

Once crowned as the “Chronicler of the Jazz Age,” Fitzgerald lived at the Inn during 1935 and returned in the summer of 1936. It is the mystique of bygone days that evokes romance around every corner in the historic Grove Park Inn. 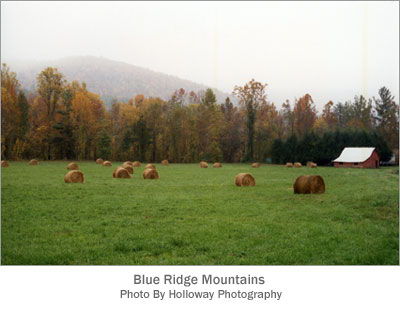